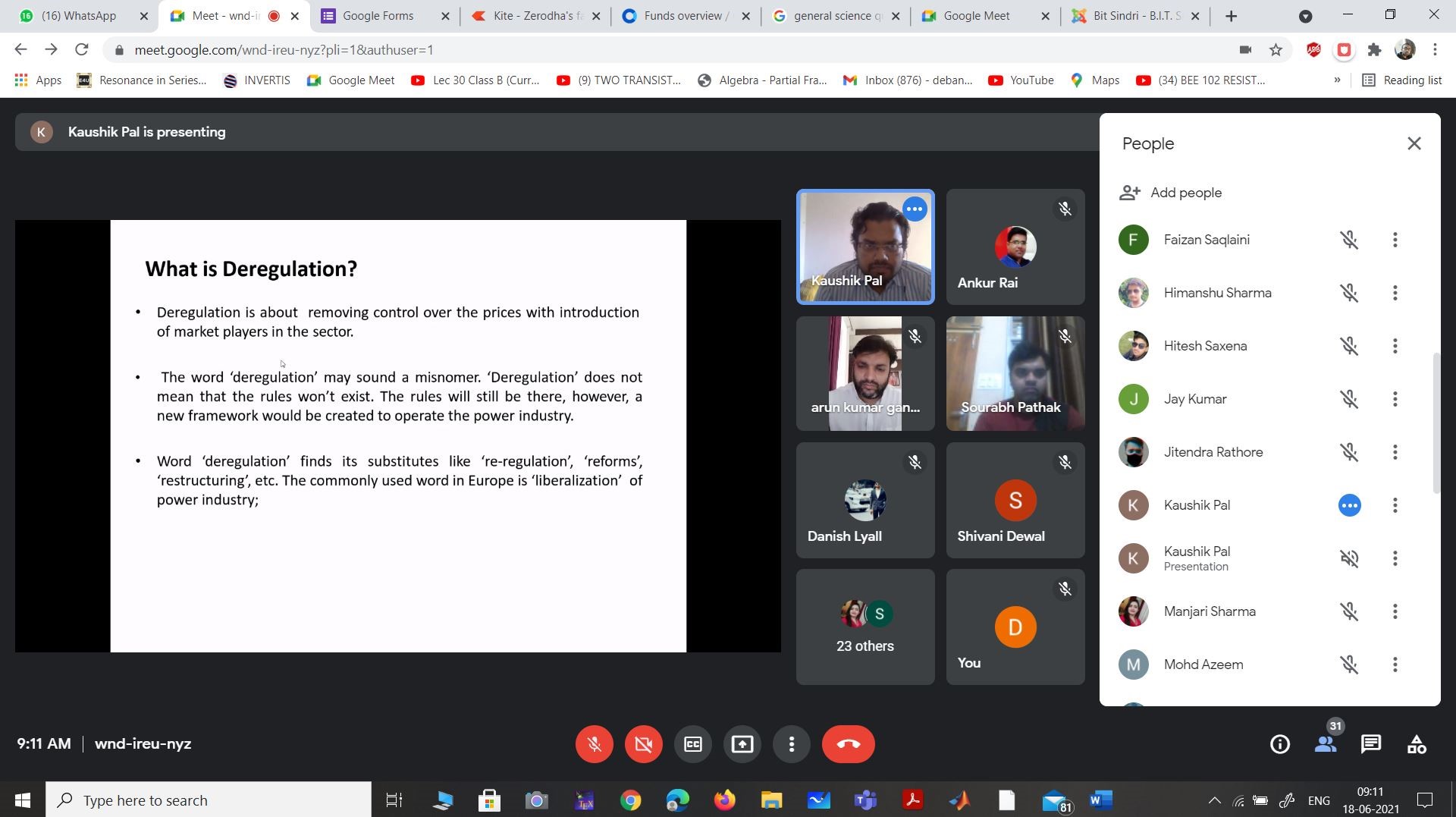 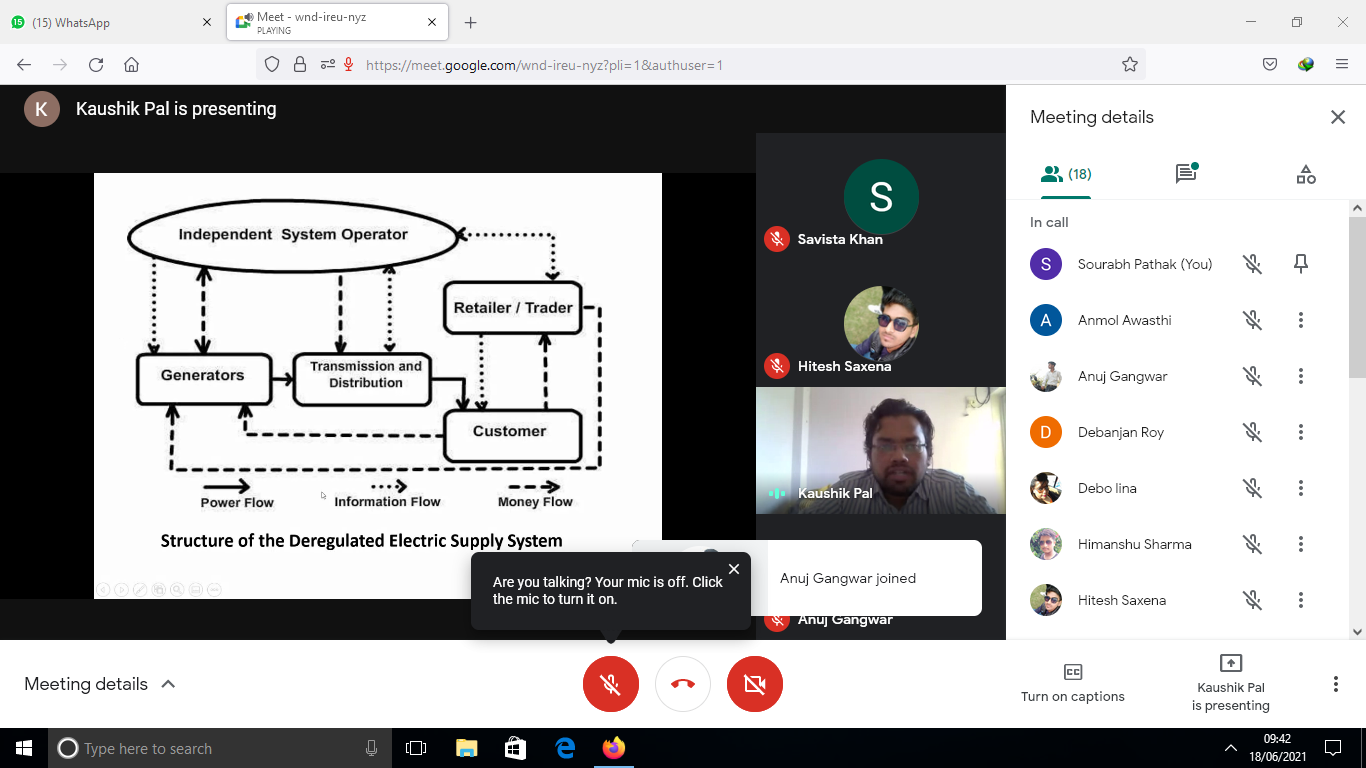 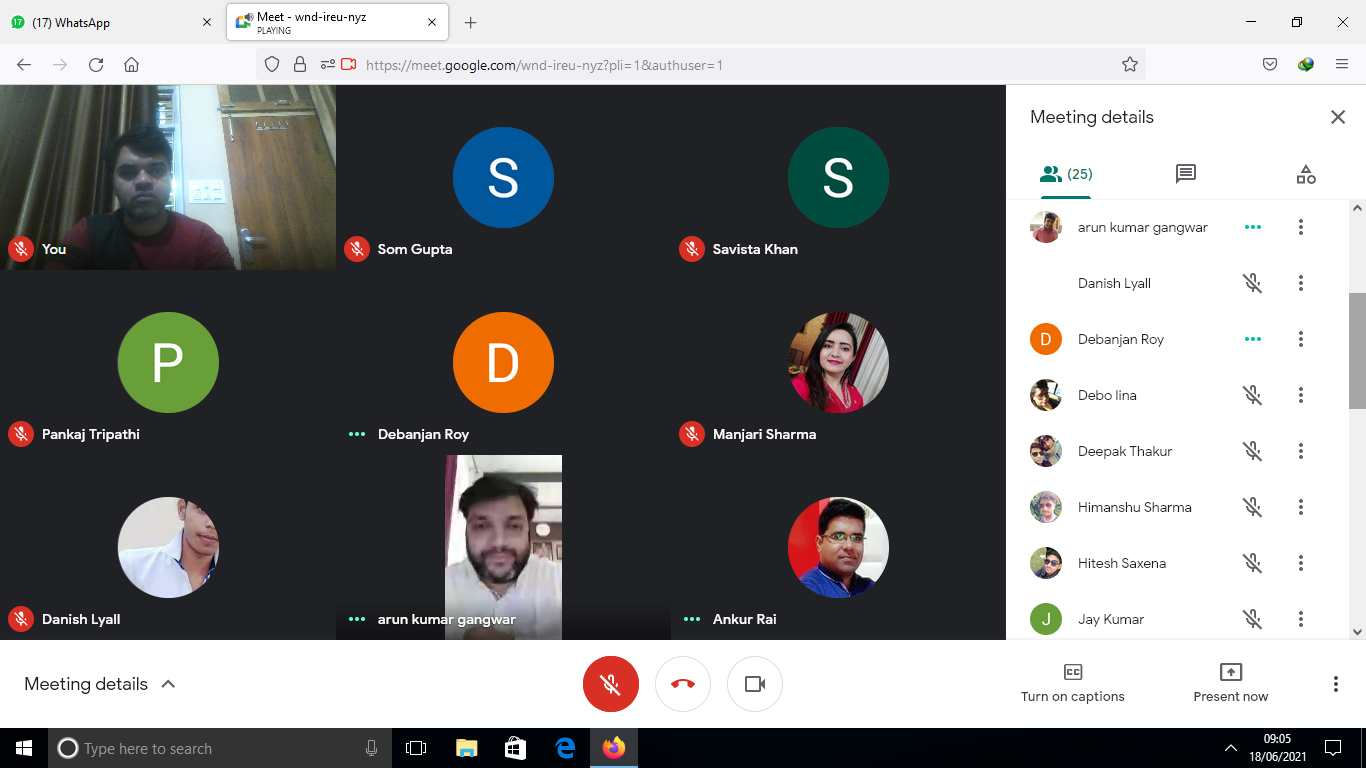 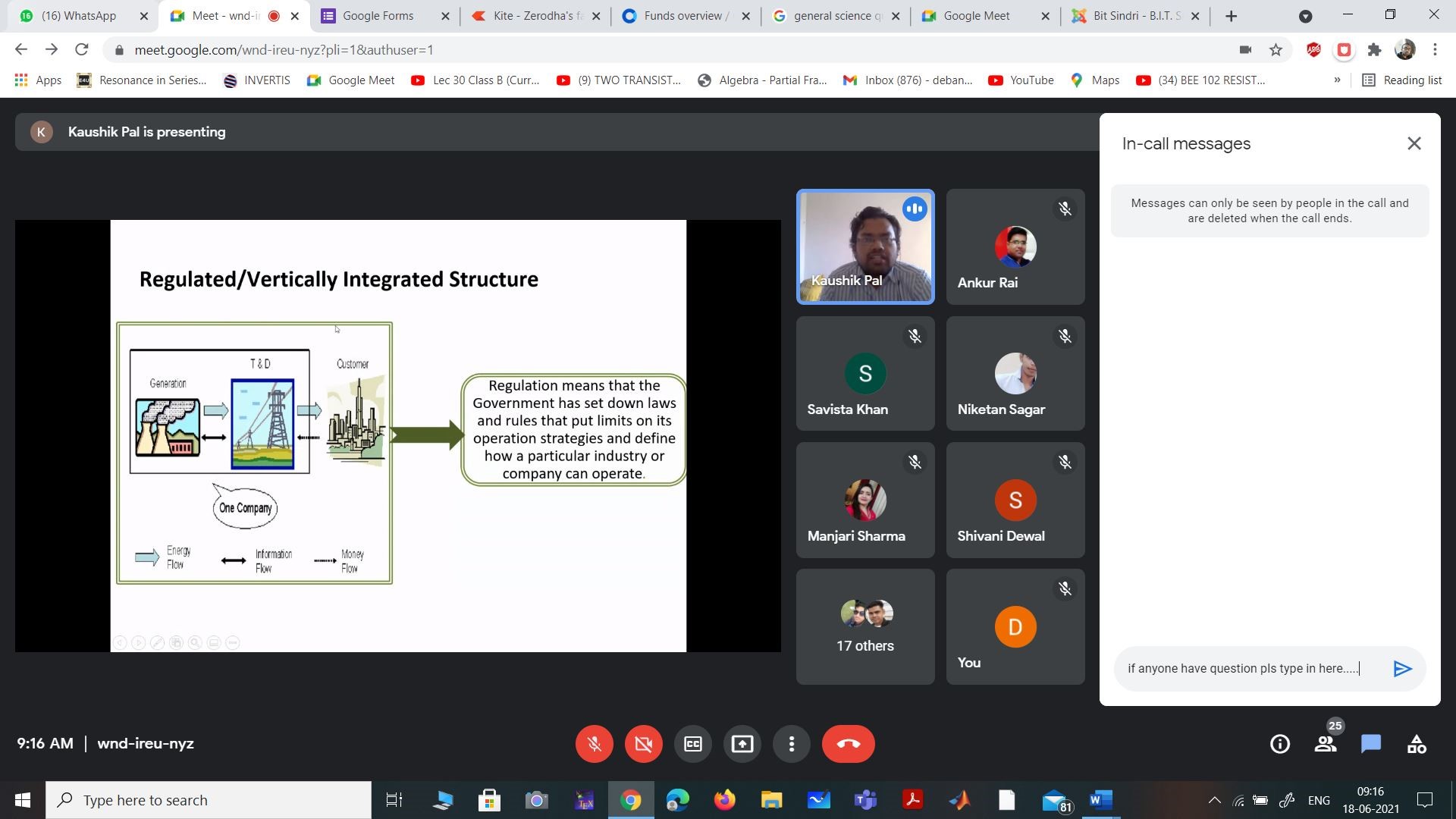 THE DEPARTMENT OF ELECTRICAL, ELECTRONICS & COMMUNICATION ENGINEERING ON 18 JUNE 2021

Department of Electrical, Electronics & Communication Engineering conducted a webinar to benefit its students through video conferencing.

The topic he delivered was “An overview on some aspects of Deregulated Power system Environment”, a prominent research area in recent times. The term electric deregulation is the process of changing the rules and regulations governing the electricity sector, which gives consumers the choice of electricity suppliers. In deregulation removal of control and improving an economic efficiency of electricity are achieved. At the starting, speaker briefly gave an idea about the regulated power system. Then he addressed the evolution of the concept of deregulation. He stated the various objective for deregulation. He also added benefits as well as issues involved in deregulation. He explained nicely the structure of the Deregulated Electric Supply System. He discussed the scenario of deregulation in developed contries. In this context, he pointed out the current scenario in India. Inclusion of private participation in the market is mentioned and he showed the salient features of the Electricity Act, 2003. Finally he concluded the session after discussing the congestion management in the deregulated environment. He ended the session saying the huge career opportunity this field can create and motivated the students to pursue their career further.

Department will keep organizing such webinars from time to time to inspire our students, because the youth of today are the warriors of the future."

The event ended with honorarium to the guest.